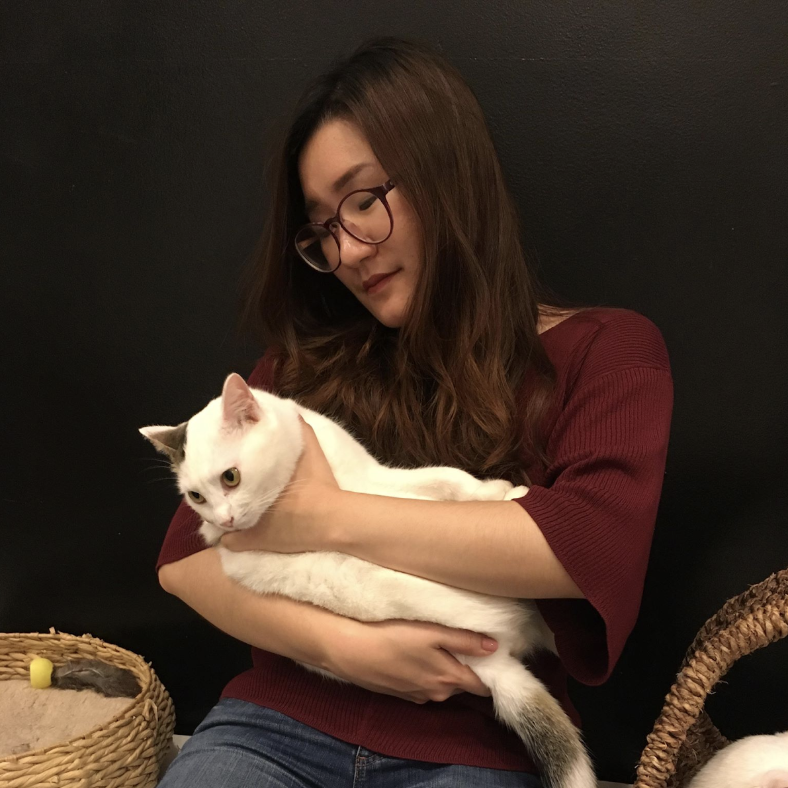 JinAh Kim is an alumna of the University of Pennsylvania, with a B.S. in Economics and a B.A. in Philosophy. She was the head editor of ACF Regionals 2020. ACF representative Caroline Mao spoke with her about her editing and writing involvement.

CM: How did you get into writing?

JK: Because I went to Penn, we did Penn Bowl every year, so it was a big flagship set for the entire club that I participated in. A friend of mine on the team, Jaimie [Carlson] and I — we would write pretty much all the lit each year for Penn Bowl, so I got a lot of practice doing that.

It was really fun! It was helpful having this big project that we were working on with our club members. It was good for learning a lot of things, and also for getting my foot in the door, because I think a lot of people don’t necessarily turn to writing or think of themselves as writers if there isn’t a set that their friends are involved in, or if they don’t go to a school that’s previously produced housewrites.

CM: Can you give us a brief overview of your writing career and what writing projects you’ve worked on?

JK: I worked on Penn Bowl 2015, 2016, and 2017 in major capacities. I edited philosophy for 2018, and did some minor editing work for 2019. I helped edit Stevenson Memorial Tournament, which was interesting. It was a set largely written by high schoolers; they did a pretty good job. And I worked on ACF Nationals [2019], subject editing for British and European literature, and philosophy. This year, I head edited ACF Regionals.

There’s a balance between wanting to have your own distinctive flavor and also wanting to use the submissions that people submit.

CM: Congrats on head editing ACF Regionals! What did you like about head editing, and how is it different from your previous projects?

JK: It was really different in that it was much more logistical, and it was also harder in that a lot of the stuff I had to manage myself. There were people I could turn to for advice—the other ACF officers and previous Regionals editors were really helpful in that regard—but when people had questions or if we got packets submitted and we needed to edit them, these were all things I had to do myself.

CM: Did you have a particular vision for Regionals?

JK: Overall my vision was that I wanted it to ask about a lot of interesting things. There’s a conflict sometimes with being difficulty controlled and being interesting. I wanted things to be on clues and topics and works and events that were all interesting but still relevant and notable to people who are engaged within those disciplines. Rather than having a random hard thing as a hard clue, it would be something that is a little less famous within the quizbowl canon but is still well-known to the people who study that particular discipline.

In general, it would be try to get involved in things you’re not necessarily sure that you’re ready for.

CM: Do you have any advice for other head editors, on ACF tournaments or in general?

JK: In general, it would be try to get involved in things you’re not necessarily sure that you’re ready for. I definitely didn’t really feel like I was qualified to head edit when I first started. Lean on the people you know who are able to support you. I got really good resources and support from the other people around me, and then I just got to get closer to get closer to a whole bunch of new people while doing that, which is really nice.

CM: Has the way you involved yourself in quizbowl changed after graduating?

JK: In some ways, I’ve actually gotten more engaged with the community after graduating, and it’s interesting because I’ve also gotten more engaged with schools and circuits outside of the Mid-Atlantic region, and a lot of them are really very different in terms of the number of teams that will typically attend a tournament, or how far you have to drive to attend a tournament. So it’s fun seeing the different trends and changes happening since I graduated, and seeing a little more of the quizbowl world outside of 4-5 hours within Philadelphia.

I’ve gotten more involved with the online quizbowl spaces, and I’ve also been moderating tournaments a lot. Typically I still moderate within the same geographic area, but I get to see a lot more teams play than I normally would if I were just a player. It’s also interesting being on the other side of the buzzer. You really look at questions differently when you’ve been writing and playing and watching people play the questions that you’ve written.

A lot of the focus on the outreach focuses on geographic diversity and making sure quizbowl’s represented in different places across the country and that’s really laudable, but there are also more discussions that could be had about increasing other types — gender, or racial, or socioeconomic diversity within quizbowl, that isn’t just tied to “how can we get new teams involved?”

CM: Do you have any upcoming plans or projects related to quizbowl in the future that you’re excited for?

JK: I’m working on, or helping out with the next iteration of Scattergories, which I’m really excited about. I think it’ll be a fun set. Scattergories is also interesting because though there are subdistributional concerns, you can just write it on things you find interesting. Unlike other sets, you don’t have to be like, “I need to find this 1800s American poetry thing I can use as a tossup.”

CM: What’s a favorite memory from your playing career?

JK: For Nats one year, when Jaimie and I were getting dressed in the morning, I was playing a podcast episode to pass the time and it happened to be about Frank Lloyd Wright’s Usonian houses. Then later that day, while we were playing nats, it mentioned a clue that we had heard in the podcast. We both made a bunch of “oh no what is this called” flailing motions until we got it, which I think confused Eric since neither of us were really architecture players.

CM: General thoughts on the community or anything else you have strong opinions on?

JK: One thing would be when that I first started playing quizbowl, I thought it was a very insular community in a way that was off-putting. And now that I’m more within the community, I still think it’s pretty insular, but it’s definitely less insular than it was when I started playing.

There’s been a lot of outreach for welcoming people into the game and creating new resources for newer players or newer teams. I think that’s a positive sign, but there are ways it could continue to be made more inclusive. There’s been some headway in outreach to marginalized communities. There’s been a greater push for representation in question content. I think there’s more people involved with playing and writing, but I don’t think the progress there is as strong as it could have been.

A lot of the focus on the outreach focuses on geographic diversity and making sure quizbowl’s represented in different places across the country and that’s really laudable, but there are also more discussions that could be had about increasing other types—gender, or racial, or socioeconomic diversity within quizbowl, that isn’t just tied to “how can we get new teams involved?” I think a lot of progress has been made on that front, but there’s still a lot left to go.